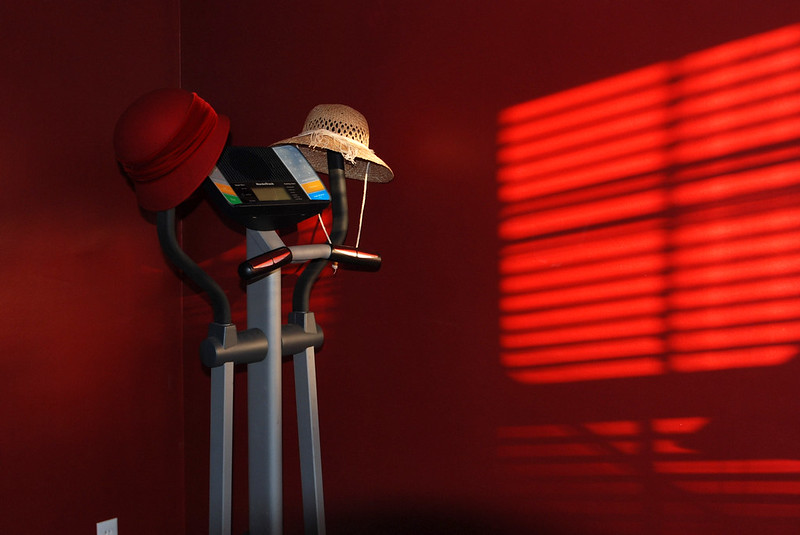 Alternative Uses For A NordicTrack (Photo by ChuckP on Flickr)

I receive at least one call every month from people asking me, as a language technology specialist,  about ways to learn a language without taking a class.  Could I recommend a CD program that they could listen to in the car and learn (name of language) while they drive?  And in almost the same breath they ask:  “And what do you think about Rosetta Stone?”

Thanks to the media blitz that is Rosetta Stone, it is the ONLY tool that people think about when they think of language learning software. (In my generation it was Berlitz, and maybe even Pimsler) They are everywhere…magazines, pop-up ads, SkyMall catalogues, airport kiosks.  (There is a reason for that…check out the big bucks spent in marketing in this NYTimes article)

The answer I usually give is one that I stole from a colleague: Rosetta Stone, or any packaged learning tool is like an expensive exercise machine you buy in the dead of winter and when you feel the post-holiday extra pounds creeping onto your frame. You have the best of intentions, and you have the DVD on how to use it, and you swear you will have the motivation to do it daily,  but the reality is that without a series of checks and balances (provided by an external set of eyes, like a trainer in the case of the exercise machine) you have no idea if you are using the machine to the fullest of its potential. You might sweat up a storm and your muscles may ache and you may  feel full of virtue, but are you using the machine in a way that truly challenges YOUR limits and pushes you to new levels?  And if you stop doing it or were doing it wrong…who would know?

Without a way  for the learner to engage with real people and real situations where language can be used in a real life context, who is to know if you are skipping through the topics or just really good at repeating sounds (but not connecting those sounds to meaning)?

I know that RS purchased LiveMocha as a way to add much needed real people interactivity to its program.  But there are some disconnects there too, many of which were outlined in this post by Tyler Muse of LingoLive (full disclosure: it looks like LingoLive is a competitor of LiveMocha. That being said some of the points he brings up are still good ones)

Most recently, RS’s core belief that people learn second or third languages via the natural approach (i.e. like a child learning her first language) was challenged in an article by Lisa DeWaard, published in the ADFL (not an open publication, alas, so I can’t get to it and have to rely upon what the Chronicle tells me about it).

Below is an advertisement from a newspaper I found in Japan.  I am not seeing the connection to adult language learning. Do you?

So, here’s a question: Would anyone think about trying to learn math or science or economics by just listening to audio while driving the car?  Why do people assume that this can be done effectively with languages?

For the amount of money RS charges for their programs, I tell people, you would be just as well served to find some free audio “Let’s Learn (name of language)” podcasts via iTunes to get a general sense of the language…and then travel in the country where the language is spoken and take a course there.  Sadly, people don’t like that response.

The bottom line  is this: Adults don’t learn like babies: they have lots of other contexts to weave into the learning of a language (not to mention their first language) and that needs to addressed as they learn… as messy and chaotic as that sounds.  Adults are also impatient and throw money at things to get “results”: learning a language takes time.

Am I against language learning software in general? No, not at all.  There are good tools out there that are free and open and portable and available to be shared.  And I hope to find some time to write about them soon.

Have a suggestion for an open, free, flexible tool for language learning? Leave a comment here!

Barbara is a Lecturer in Hispanic Studies at a small liberal arts college in Maine. Rumor has it this was also her alma mater. She used to work for a small liberal arts college in the cornfields of Ohio for almost 20 years as a teacher and language center director. Prior to these adventures in higher ed she taught high school Spanish and loved it. She wishes she had more time in her life to play with her dogs, write, read, swim, do yoga things and making stuff out of clay. To see her online portfolio please click here!